Yes, Hickory and Down East have switched. Apologies in advance for however many times I mix them up in the future. As for actually playing games, MLB is charging forward, come what may, but all of the minors save AAA will delay their seasons for a month. That’s the plan, at least. Even with COVID cases in decline, pulling off minor league ball is going to take some doing. Health regulations vary across the states; what might be an acceptable stadium capacity in Texas won’t necessary fly in California. Financially, many teams might be worse off hosting 500-1,000 fans per night rather than zero because of staffing and other variable costs. Minor leaguers can’t be bubbled like their MLB counterparts, and the system will rely heavily on men in their late teens and early twenties conforming to what is ultimately a glorified honor system. I’ll make the same guess I offered last July about the 2020 MLB season: it’ll succeed, but it won’t be pretty. I wouldn’t be surprised to see some games and entire series outright canceled.

Notably absent from the announcement are the league names of old. The Pacific Coast League is bloodlessly retitled “Triple-A West.” The Texas League is “Double-A Central.” What a shame if they’re eliminated, a black mark against a sport that ostensibly cherishes its history. Perhaps MLB doesn’t have the rights to use those names, but surely that could be negotiated. MLB may reinstitute the old names, but another possibility is renaming leagues after corporate sponsors. As long as they’re doing this, MLB also has an opportunity to jettison the clunky “high-A” and “low-A” designations that are vestiges of the mid-20th century. (Incidentally, high-A is technically “Class A Advanced,” an even more cumbersome title that I never use.)

For better and worse, the leagues and divisions are exactly as I predicted in December. Better, because I like being right. Worse, because they confirm a ghastly reconfiguration of the eastern high-A league with a larger footprint than the old South Atlantic League it’s effectively replacing. Hickory’s average distance to an opponent will increase by 39%, from 271 miles to 377. The problems are Bowling Green, which is at least 200 miles from any other A-level team, and an uneven collection of northeastern teams that need a partner. They’ve been haphazardly combined with a group of six teams (including Hickory) that would form a wonderfully compact league if left to themselves.

The new affiliations are ten-year deals. Gone are the biennial games of musical chairs that forced the Rangers to partner with High Desert in 2014 and Washington with AAA Fresno more recently. In 2017, the Rangers paid millions just to lock down their high-A affiliation. Others have done the same. Now, affiliations have more stability.

Minor league teams will play six days per week with a scheduled off/travel day throughout the season: Wednesdays in AAA, Mondays for everyone else. There will be no postseason. I've got the full schedule here on the "Minor Sked 21" tab. 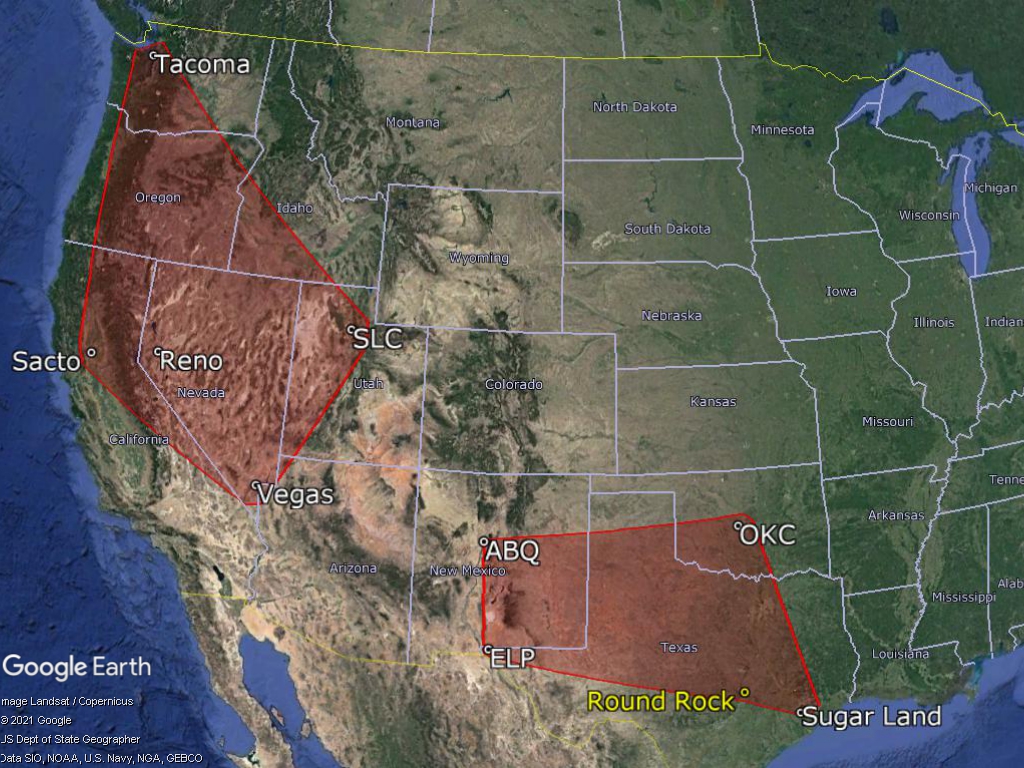 For 26 days, AAA will be the only game in town. Round Rock begins the season on Thursday 8 April, the typical starting point for the minors. AAA again has 144 games after dropping to 140 the past few years, albeit with more rest. The old schedule ended on Labor Day and contained only eight off-days including just one after the All-Star break. This year, the season extends well into September. Fully half the schedule will be against neighboring Sugar Land (the new Astros affiliate) and Oklahoma City (Dodgers), with lesser amounts against division rivals Albuquerque and El Paso and only single series against the five western squads. 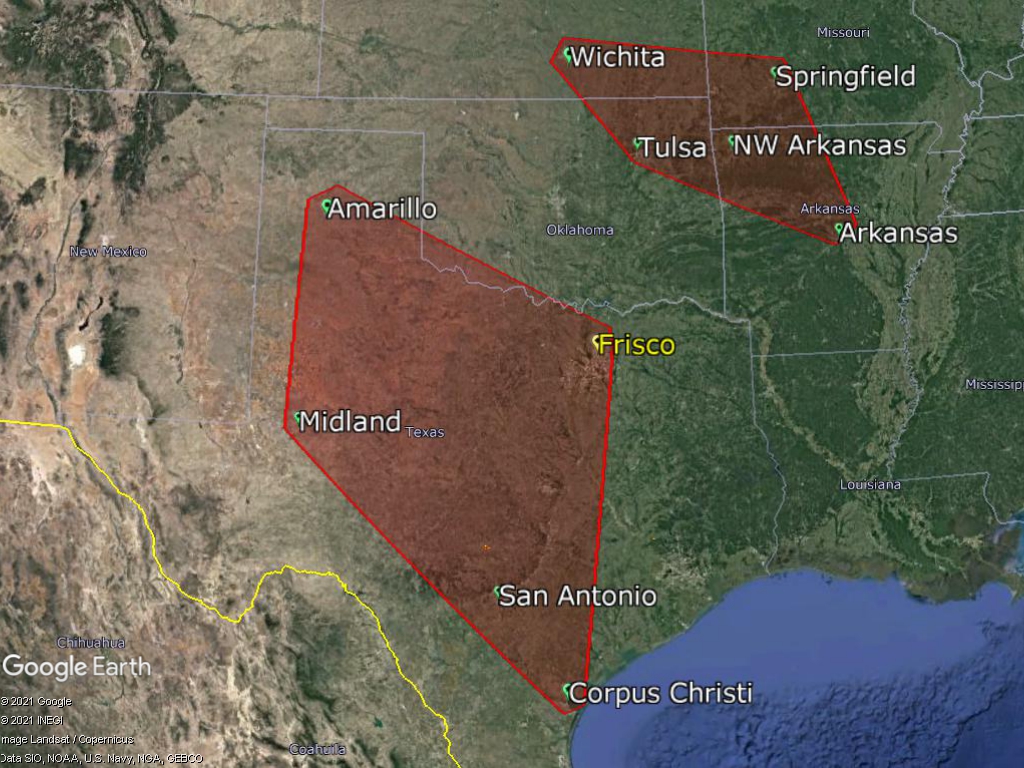 Frisco and the other teams won’t start until Tuesday 4 May. In a 120-game schedule, the Riders play only 30 outside the division and won’t see Tulsa or AA newcomer Wichita at all. They’ll play 30 games against Amarillo (a new D-backs affiliate) and 18-24 against division opponents Corpus Christi (Houston), Midland (Oakland) and San Antonio (San Diego).

This setup is ugly, but in 2021 the schedule greatly favors Hickory, which has only one trip north (to Aberdeen, Maryland), one to Bowling Green, and one to Rome. The other 42 road games will be played in Asheville, Greensboro, Greenville, and Winston-Salem, all within 120 miles of home. Conversely, Aberdeen drew the short straw, with four trips to the southern division, two more than any division rival. The uneven divisions require an interdivision series each week. 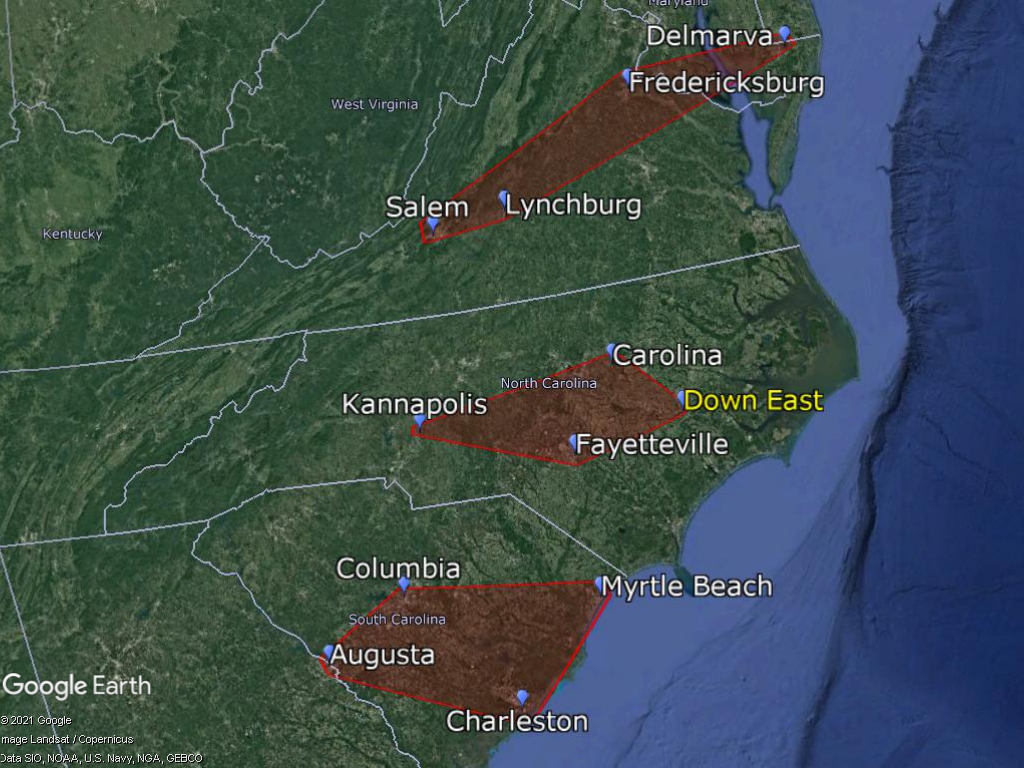 As I’d hoped, Down East’s new 12-team league was split into three nicely clustered divisions. The Wood Ducks will rarely venture outside the state in 2021, playing 84 of 120 against its three division foes. Augusta, Columbia, Lynchburg and Salem aren’t on the schedule.

The Elvis trade is old news by now, but work kept me from covering it immediately, and then last week… let’s not talk about last week.

SS Elvis Andrus – Elvis became a Ranger five months after I started this gig. He was the only hitter to play in all eight seasons of Texas’s most successful period (2009-2016). He was never the best player, but he nearly always ranked in the top five and was the emotional core. During this time, he accumulated 1,461 more plate appearances than any other Ranger and led the team in every significant counting stat except homers and runs batted in.

Only three players in the organization pre-date Texas’s last World Series appearance, all teens with fresh ink on their contracts: RHP Jose Leclerc, 2B Rougned Odor and 1B Ronald Guzman.

The five players acquired for Mark Teixeira (and Ron Mahay, trivia buffs!) contributed 48.7 wins above replacement to the Rangers directly. To date, 13.8 additional WAR have come from trades of two of those five: Matt Harrison (the Hamels/Diekman trade, albeit only as a financial kicker) and Jarrod Saltamacchia (for whom Roman Mendez and Chris McGuiness contributed briefly).

DH Khris Davis – Davis is here to equalize the money, not to make Texas any better. He stopped playing the field regularly in 2018 and stopped hitting well in 2019. I doubt Davis finishes the season in Texas. If he bounces back, the Rangers would trade him for whatever they could get while subsidizing much of his paycheck. If his last two years are the norm, he’ll be cut. It’s best to think of his $16.75 million salary as already paid.

C Jonah Heim – National publications placed him in Oakland’s 8-11 range toward the end of 2020 or in early 2021 rankings. MLB.com has him 26th in Texas’s depth-heavy system. He’s 25, a glove-first backstop who improved with the bat in 2019 and made his MLB debut last season. Reports are cautiously optimistic, marking him as a backup for a good team or a potential starter for a bad one, which is where we’re at for the time being. 2021 is for learning what roles he and Jose Trevino will play on a future contender.

RHP Dane Acker – Last year’s 4th-rounder made four starts for Oklahoma after leaving Rice. He commands four pitch well, though none lean toward the high side of average. At worst, he’s a solid organizational starter, at best a back-end starter in the bigs.

By my unofficial count, Texas has 30 position players under contract with experience at AA or higher. Several promotions from lower levels are forthcoming, but the organization still appears to need a few more hitters to fill out the AAA/AA rosters. The staggered minor league schedules may result in some hitters being assigned to AAA before they’re ostensibly ready just to get them some action. On the pitching side, I see no fewer than 44 who’ve already reached AA or higher (plus Rule 5 pick Brett de Geus, who’s yet to pitch above high-A). At least in terms of warm bodies, the Rangers are pretty close to set, which isn’t to say they won’t continue looking for fortifications.

Per local reports, catcher Sam Huff has a hamstring strain. Huff wasn’t destined for Arlington except under exceptional circumstances, but the injury does remove him from much of the spring schedule and might impact his minor league assignment.